During his career with the San Francisco Police Department Deputy Chief McEachern has held various operational positions including management and command of five separate police districts and the department’s Investigations Bureau. He has also held administrative positions including the director of the Training Division and the head of the Department’s Risk Management Division which includes both the Criminal and Administrative Units of Internal Affairs.

Deputy McEachern holds a Bachelor’s Degree in Criminal Justice from Sacramento State University and is a graduate of the FBI National Academy in Quantico, Virginia.

< Back to Board of Directors Page 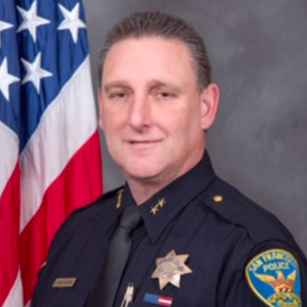