Meet MEA Member Rally Catapang (he/him/his), Chief Financial Officer (CFO) of the San Francisco Arts Commission (SFAC) since May 2021. Rally has a team of seven and oversees the Finance, HR, Procurement, and IT sections. He is responsible for SFAC’s annual $45 million budget, including $15 million in capital projects and $10 million in grants.

Rally joined the City in 2012, as the Capital Finance Manager for the San Francisco Department of Public Works. He joined the Mayor’s Office of Housing and Community Development in 2014, as Finance Director, and most recently joined SFAC as the Chief Financial Officer.

In his nearly two years as CFO, Rally has been the catalyst for positive change. He stabilized the budget, hired or promoted 26 department staff members, reduced the vacancy rate from 25% to 10%, and streamlined the hiring process.

Rally is committed to the City’s DEI goals and objectives. He helped implement SFAC’s Racial Equity Plan which has resulted in over 75% hire rate of BIPOC staff. Rally partnered with the Controller’s Office to pilot electronic payments via Zelle for individual artists, paying artists instantly instead of waiting for checks to be issued. He also worked with CMD to streamline 12B compliance for artists and helped coordinate the elimination of the $800 street artists’ registration fee, making street artist permitting far more equitable.

Through Rally’s leadership SFAC increased staff training budget fivefold to $2500 per staff member annually, with an option for individuals to roll their training budget over and combine with the following fiscal year, a huge boost to the Department’s moral. He also oversaw the migration of the department’s IT infrastructure to the cloud to support the new hybrid work environment.

Rally is a MEA success story, working diligently, networking, and finding opportunities to both advance his career and improve the City. He attributes his success to having amazing managers, who were also great mentors. His advice to new managers, or those wishing to advance themselves is, “find a mentor, learn as much as you can, and copy good behavior.”

With experience working at three different City Departments, Rally brings a unique perspective to his work. He observed that, “If the City were a corporation, each Department would be its own line of business, with different products, supported by their own corporate cultures, yet all focused on delivering the best results for their customers.”

He defines his own management styles as a “risk-based approach,” meaning every decision is based on a careful evaluation, balancing the risk or costs against the benefit or gain. As a leader, Rally said, “I support my team by giving them the tools, resources, and autonomy to succeed at their jobs. I also give them the support to make and learn from their mistakes.”

Rally holds a B.S. in Business Administration from the University of California, Berkeley, and served as a Sergeant in the U.S. Army Reserve from 2003 to 2009. And he has also served as the Treasurer for the San Francisco Coalition of Asian American Government Employees (CAAGE).

In his free time Rally has a passion for travel. He’s been to 28 of States and 32 countries. His most recent trip was this past December when he and his family went to Universal Studios in Los Angeles. Rally also loves food and is a self-described “foodie.” His favorite restaurant is House of Prime Rib. 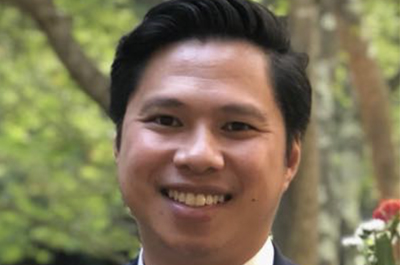