What could be more endemic to San Francisco than its 7.5-mile waterfront dappled by some of the City’s most iconographic architecture and outdoor spaces dating as far back as the 1850’s?

With this kind of responsibility comes the need to be very innovative and highly adaptable.

During the pandemic, the Port answered the call to help the City move through unprecedented times. Meantime, the Port’s revenue from tenants, tourism, and capital investment, came to a near halt. Yet, the Port, it all its artful persistence, managed to secure funding that did not yet exist, in order to maintain its duty of stewardship for the City’s treasured spaces and local economy.

Stephanie Tang was just three weeks into her new position as the Contracts and Procurement Manager when the Port’s staff went remote due to COVID-19.

I credit our Executive Director, Elaine Forbes, for being so clear thinking and ahead of the game,” remembers Stephanie. “She sent us home before the official shutdown and made sure we were equipped with VPN and laptops so we could work from home, all while she was being deployed to the COVID Command Center.”

Director Forbes served as a Disaster Service Worker (DSW) and was placed on special assignment to Dr. Grant Colfax, the Executive Director of the Department of Public Health (DPH) by Mayor London Breed. Director Forbes and Port staff, serving as DSWs, helped set up the first COVID-19 outdoor testing, food distribution, and housing sites at Port properties along the waterfront.

"I am proud of the work we did during the pandemic to set up an emergency drive-through location with the San Francisco-Marin Food Bank for people experiencing food insecurity,” shares Stephanie.

In addition to providing secure, outdoor spaces and facilities for temporary shelters, the Port provided staff to help with planning and operations in order to administer on the ground emergency services to as many people as possible.

Pier 30-32 served as the first high-capacity testing center in the City. The Port secured outdoor space from the San Francisco Giants for the Food Bank to host a drive-through food pantry for 2,000 people per week.

The Port also constructed a temporary shelter for 120 RVs and travel trailers at the Seawall Lot 344 site within weeks of the lockdown to house people experiencing homelessness.

Stephanie’s team was asked to set up a Micro-LBE Hardship Emergency Loan Program that offered zero-interest loans to eligible Port contractors, subcontractors, and tenants in need of financial assistance during the pandemic. The program was created in partnership with the Office of Economic and Workforce Development and Main Streets Launch, a Community Development Financial Institution.

“I work with our project managers to make sure that the Port’s contracting process is equitable, fair, and transparent” Stephanie explains. The program ended up distributing 25 loans totaling $890,000.

“We initially offered qualified tenants a 0% loan of up to $25,000 for five years, which we were later able to increase to $40,000,” recalls Stephanie. “56% of the loans went to Black and Latinx recipients and 76% went to women and minority-owned businesses.”

The loans were a lifeline for many of the small businesses along the City’s waterfront that had to abruptly close their doors when COVID-19 hit.

“The Port really wanted to help our contractors and tenants so we told participants that if they paid the loan back before two years, they would get 50% relief and if they paid 75% of loan back within three years, the remaining balance would be forgiven.”

The team not only developed the program, but they had to secure a lender, and create the policies and procedures.

The real success came from Stephanie’s outreach and the strategies around policy that she and her team implemented to get the word out and help people apply for relief as soon as possible.

“The thing I care about most with policy is that it is simple to understand and that the services are accessible to the people they are intended to help,” she explains.

“Policy is how we impact people. We need to ask questions like, are we accomplishing what we want to accomplish? Are we reaching people? Each interaction that takes place between a person and local government is an example of policy and how effective it is in reaching people it is intended to reach.”

The Port faced its own financial hardship with the pandemic reducing revenues by 54%, from $20.1 million to $9.3 million as a result of the loss of cruise revenue, rent payments, parking fees, forgiving nearly $14 million in rent for 225 tenants, and deferring tens of millions of dollars of monthly rents.

Additionally, the Port did not receive any of the initial federal stimulus money that was given to other enterprise agencies in the City. The Port managed this “pandemic recession” by reducing spending, decreasing capital expenditures, defunding capital projects, and tapping into their fund balance to help cover revenue losses.

In 2021, Director Forbes reported to the Port Commission that the Port was able to maintain critical operations and minimize short term impact but that the lack of funding was unsustainable in the long term. The shortfall posed a risk to the Port’s bond ratings and threatened its ability to continue operations and retain staff.

Legislative Affairs Manager Boris Delepine worked closely with Director Forbes and the Deputy Director of External Affairs Deirdre Hussey, to secure federal stimulus money for the Port in order to avoid layoffs, reimburse the port for financial hardship loans, rent forgiveness, and to pay for maintenance repairs required to keep the waterfront safe and secure.

“Before COVID, we were renting to more than 500 tenants and welcomed 24 million visitors annually to the waterfront,” remembers Boris. “But the pandemic cut two of our revenue lifelines, tourism and commercial rents.”

“There was no allocation for ports in the 2020 Coronavirus Aid, Relief, and Economic Security (CARES) Act,” explains Boris. “Meanwhile, we lost 40% of our revenue or about $60 million, since the start of the pandemic and we were looking at a projected loss of $80 million over the next two years.”

“Things moved quickly,” remembers Boris. “We had a meeting with Speaker Pelosi’s Chief of Staff, and began working with our lobbyists, the Port of San Diego, the Mayor’s Office, and the California Association of Port Authorities.

Speaker Pelosi amended ARPA to allow ports to receive federal COVID-19 relief funding. After the legislation was signed into law by President Biden, the Port’s advocacy efforts shifted to Sacramento to request a funding allocation to support the state’s ports.

“Without this funding, we would have had to eliminate about 50 positions at the start of the fiscal year in July 2022,” explains Boris. “Instead, we avoided 30 direct layoffs and will be able to fill 20 open positions that were closed due to the hiring freeze.”

Boris credits his ability to secure funding to his 22 years of experience working for the City.

“This work is about the management of relationships and developing strategies to advocate for the Port,” advises Boris. “When I was working as a legislative aide back in 2001, I learned how to navigate the City’s resources and who to call to get things done.”

His team looks for NOFO’s (Notice of Funding Opportunity) and RFPs (Requests for Proposals) that are issued by state or federal agencies such as the U.S. Department of Transportation’s Maritime Division.
“My job is to develop strategies and advocate for opportunities that attract state and federal funds to support our capital projects and operations,” declares Boris.

“I work on all things legislative, monitor state and federal legislation involving ports, and make our staff aware of any regulations and political action that is occurring in City Hall, Sacramento, or Washington, D.C. I rely on lobbyists in D.C. and Sacramento to keep us up to date and ensure that we have a voice in any legislation that might impact us,” he explains.

Boris’ outlook for the Port is positive. “We are starting to see signs of revival and economic recovery. Cruise ships are back, and they bring 300,000 passengers to the waterfront every year, which translates into $27 million in annual revenue,” reports Boris.

According to the Department of Transportation, American ports support 30 million jobs and represent 26% of the nation’s economic output.

“My focus for 2022 is to identify federal infrastructure money to support capital projects for the port, specifically in our south waterfront. This includes pier and wharf improvements, road fixtures, and resiliency projects to rebuild our seawall,” confirms Boris.

Currently, the Port is working on the Maritime Administration’s 2022 Port Infrastructure Development Program, with its allocation of $450 million in federal grant money (increased to $684.3 million in May) for improvements to ports across the United States.

The Port of San Francisco is a remarkable department. The amount of work it takes to manage miles of waterfront, hundreds of buildings, public spaces, underwater infrastructure, commercial leases, and capital investment and development is formidable.

In addition, the Port, and its adroit staff at Pier 50, maintain and repair thousands of structures and assets that are unique products of engineering and design from San Francisco’s marveled past. There is also the required adherence to state and federal laws as well as the environmental stewardship and preservation that the Port exercises on behalf of public spaces such as Heron’s Head and Crane Cove Park.

Finally, the Port makes sure that the City’s most indelible tourist attractions and landmarks, like the Ferry Building, Fisherman’s Wharf, Pier 39, and AT&T Park, continue to operate at the highest standards and provide the best use for millions of people who come to visit and enjoy San Francisco now and in the years to come.

Stephanie Tang is the Contracts and Procurement Manager for the Port of San Francisco. Prior to joining the Port, Stephanie worked as a Contract Compliance Officer II in the Contract Monitoring Division of the Office of the City Administrator. Stephanie has a Master of Public Policy from the Goldman School of Public Policy, U.C. Berkeley. 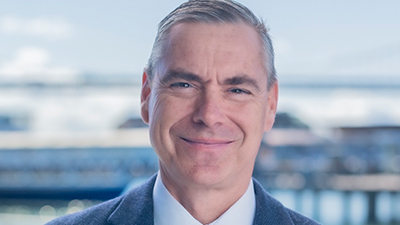